A celebratory event took place last week to honour the academic excellence of the Matric Class of 2020, in the Naledi Local Municipal area. Sub-District Director of the Department of Education, Mr. Richard Makhado addressed a cohort of successful graduates, in addition to school principals, subject advisors and curriculum specialists.

One of the matriculates awarded on the day, Katlego Danster, from Pule Leeuw Secondary School, spoke of the challenges that the learners and teachers faced, due to the additional stress that C-19 placed on the Class of 2020.
“Despite the hardships, we all worked hard, so I’m relieved and proud to receive this award,” said Danster, who still awaits funding to help him attend a tertiary institution.

In addition to award certificates, over 20 laptops were handed out, as part of the Grade 12 excellence awards programme, funded by Waterloo Solar. This programme forms part of the solar project’s Socio-Economic Development programme, with the purpose of stimulating and honouring academic achievements of Matriculates, in schools across the area.

Speaking on behalf of the solar project, Community Liaison Officer Claire Phutieagae, explained that this ceremony also acknowledges the efforts that the school principals and their team of teachers have provided in being catalysts to the learners success. Additionally, the event aimed to build a sense of pride, especially in the less advantaged schools, where learners are often bypassed when it comes to receiving academic accolades.

“I am very proud of our learners as they deserve the accolades they have received as they really worked hard, and I hope that this will serve as an inspiration for the class of 2021,” concluded Ms. Gopane, Principal of Bopaganang Public School. 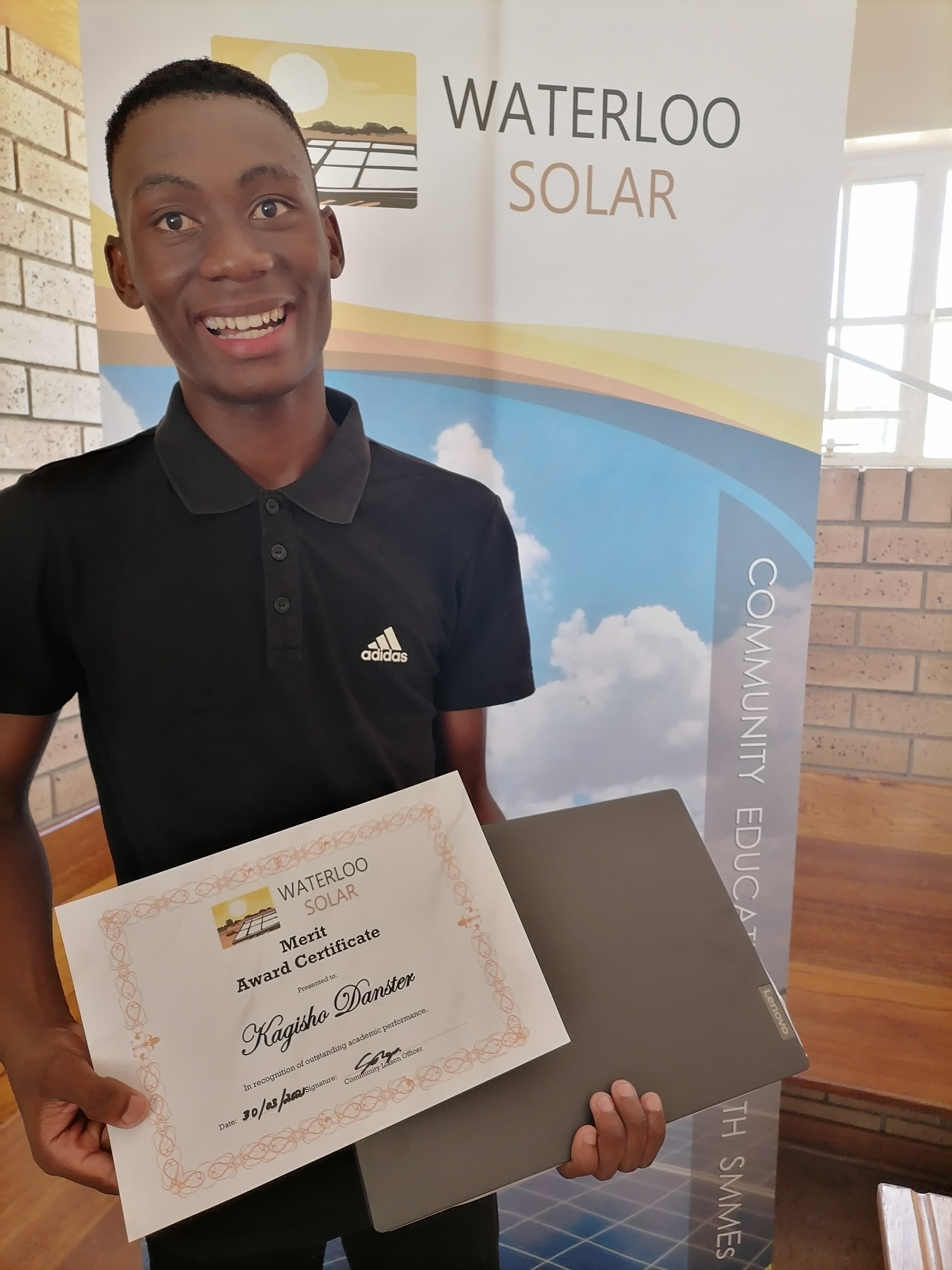